Last weekend, July 24-26, FSFE invited it’s coordinators all over Europe to the European Coordinators Meeting 2015 (ECM15) in the Unperfekthaus in Essen. Unfortunately, we had a bit less participation then in the previous edition due to some short-time cancellations. Fortunately, this did not spoil the good mood of all those present and we look back on a very exciting and productive coordinators meeting. In this post, find a report of our weekend. 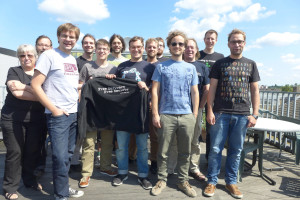 Participants of the ECM15

END_OF_DOCUMENT_TOKEN_TO_BE_REPLACED

Ten days ago, on September 27 to 29, FSFE held its first European Coordinators Meeting (#ECM) in Berlin. Therefore, the FSFE invited Fellowship Coordinators from all over Europe to come for a weekend to exchange knowledge and visions between FSFE staff and the Fellowship. In total, we have been 22 people from 10 different countries which served as a good base for a lot of input. As the main organiser of the weekend, I would like to give you a report and feedback of the weekend. 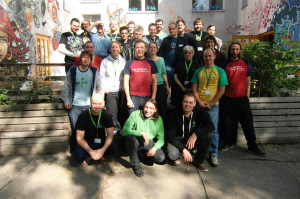 On Friday evening, all attendees were gathering inside FSFE’s new office in Berlin for a warm-up meeting. As the office is pretty small, shortly the room became very crowded with so many people. On the other hand, this was a good way to directly get in first contact with most people, as everybody was just standing next to each other. And, standing in the office, was also a good chance for everyone to directly grab FSFE’s promotion material.
END_OF_DOCUMENT_TOKEN_TO_BE_REPLACED