The economy of knowledge in the 21st century

Our economic and social development has always been based on the freedom to use, study, share and improve common knowledge and information. Since entering the digital era, the freedoms to access and use knowledge is strongly linked with the access to technology and software. Furthermore, access and use of our cultural heritage, economic development, as well as our social and political organisation, is increasingly based on technology and software. In the 21st century, access to software determines how we can participate in our society.

This is the introduction text of a campaign I wanted to run for the upcoming General Elections in Spain, accompanied with some theory, how Free Software increases autonomy and helps to grow local economy. Following this background, in the very heart of the campaign there are some clear demands, a “Freedom Pact”, that should help to put theory into practice. Candidates that run for office can sign this Freedom Pact to show that they care and to promise to

The concept is in the family of other Ask Your Candidate campaigns like the European Free Software Pact or the Swiss FreedomVote. 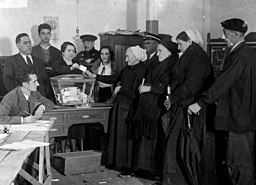 Unfortunately, the campaign never came alive and given that the elections will already happen in 4 weeks, the campaign will not get alive for the 2015 elections. However, I think the work that has been done is worth sharing and that is why I aset put a simple wp-page that includes the pact, the campaign texts and the translations we have done:

This way, I hope it inspires someone else in the wild to take it up and run a campaign, to share it, to talk about it or to simply do whatever you like. Everything public domain (CC0). The text is available in Spanish, Gallic, Catalan and English.

Finally, I especially like to thank Juan Antonio Zaratiegui Vallecillo for working on the multilanguage page that never went online, to Eukelade for the translations and for Asa Ritz for his contributions.

END_OF_DOCUMENT_TOKEN_TO_BE_REPLACED

[…] I therefore undertake to:

In the past, April was very successful with this campaign. For the last European Elections, 2009, they have been able to collect 231 signatories out of 10 different countries. Unfortunately, this time there have been some starting problems, that is why time is already running short. The more urgent it is to become active immediately. This blogpost is supposed to help you in becoming active.

I just started today to contact the list of candidates of the conservative party CDU here in the state of Berlin, Germany. In the following you will find the text that I have been using until now. Maybe it can be helpful for one or the other in phrasing his own text. Anyway, you are free to use this text in a whole, in part or as an inspiration for your own activity.

I am a [ member / engaged / volunteer …] of the Free Software Foundation Europe and I am writing you today because you are running for office in the name the of the [name of party] for the European Elections 2014.